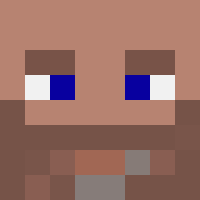 Just a reminder, we’re still running a “vanilla” server in the sense that we’re using the JAR from Mojang. We are using a few datapacks, crafting tweaks, and resources from Vanilla Tweaks and VooDooBeard to round off a few edges.

Speaking of which, I went to the Vanilla Tweaks website and grabbed updated versions of the various resources that we use from them. I’ve updated all of the links to what we use on the Season 01 page.

Here are the Vanilla Tweaks links:

We’re still using the Player Graves datapack that VooDooBeard built instead of the Vanilla Tweaks one, even though there’s a new version that should be fixed. This one is working well enough, so we’re not going to change it for now. (Still using the Death Book/Message from VooDooBeard too.) The updated Wandering Trader is also being used, and still has our heads instead of the Hermit heads.

We’ve added the Climbable Chains, Faster Leaf Decay, and Recipe Unlocking data packs. Climbable chains keep to the idiom of Minecraft while adding a logical feature, and the latter two are some quality of life changes. We’ve also added the first draft of a painting Rayeste wants to use to wallpaper the community storage. The original sketch is in a format that’s … difficult to convert. We’ll see how this one goes.

I’m also using a few extra textures that’s not a part of the main CoffeeCraft Texture Pack. While trying to stick to the original goal of keeping as close to “vanilla” as possible, these scratch a few itches that bug me personally, but not the other server members. If you want to see what I’m choosing to add, you can see most of “AnonJr’s Extra Textures” here: https://vanillatweaks.net/share#SrYtHk (I did remove the Ancient Debris from the Uniform Ore portion though. Didn’t like the way it blended in with the quartz.)

I’ve got a few extra Datapacks that I run in my creative testing world, mostly so I can check and assess various bits. They’re not really appropriate to run on the server as they don’t help/enhance the survival experience. For the curious, you can find “AnonJr’s Creative Extras” here: https://vanillatweaks.net/share#ZRhJwS

No OptiFine for a bit…